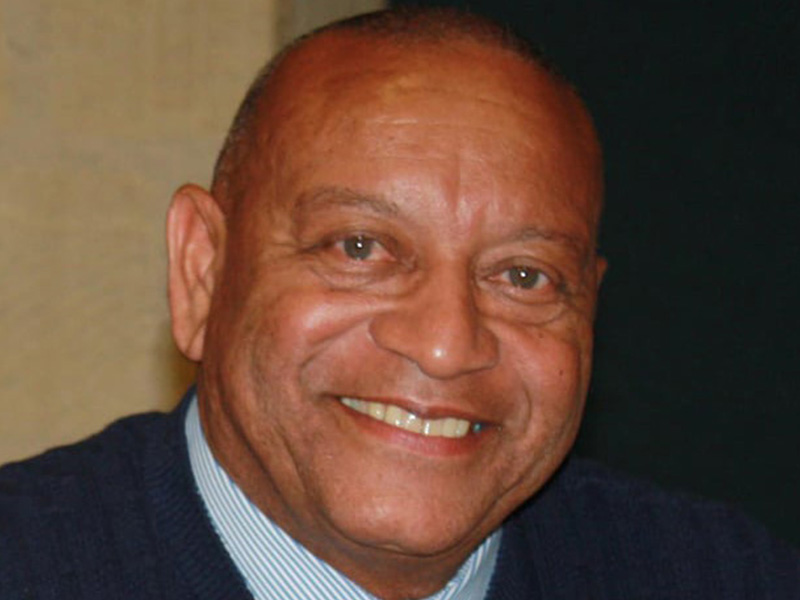 Alfred L. Clark was born July 14, 1956 to the late Fletcher Clark, Sr. and Arretta Clark in Dallas, Texas. He was the fourth of six children and the first of the siblings to transition to the realm of the divine on August 11, 2020 after 29 days in a hospital room. God had a plan and a place ready in heaven far above and he leaves behind all those he truly loved. Alfred was no stranger to the creator having been brought up in the church. He accepted Jesus Christ at an Early age and was currently a member of True Vision Church N.E. Campus. He prayed daily that he could be a blessing to God and his Family.

Alfred attended public school in Dallas ISD, George Washington Carver and Amelia Earhart Elementary, Thomas A. Edison Jr. High, and graduated from L. G. Pinkston High School Class of 1974. He then furthered his education as he played basketball along the way at St. Philip’s Jr. College where he received his Associate’s Degree then his Bachelor’s Degree at Midwestern State University (Class of 1978), and received his Master’s Degree in Administration at Texas A&M University - Kingsville. Alfred worked a total of 35 years in education before retiring, 29 of those years were dedicated to the San Antonio Independent School District (SAISD) where he was a Teacher, PE Coach, Personnel Appraiser, Assistant Principal, Principal, Personnel Officer for Human Resources, and Executive Director of Student & Academic Support Services. It is evident that he made a positive and lasting impression on his students and co-workers by treating everyone with respect and hugs; he smiled so bright there was never a dark cloud he let in his presence.

Alfred, a gentle giant, met and married his Jr. College sweetheart Cynthia after dating for six years. Alfred and Cynthia Darlene Williams united in Holy Matrimony on August 8, 1981 and were best of friends for 39 years. God blessed them with two handsome young men, Alfred Lee Clark, Jr. (“Al”) and Derrek Eugene Clark (“D”) who are truly falling into their father’s shoes. One of Alfred’s greats blessing was to be called Papa by his two beautiful granddaughters Aaliyah and Cydni who received his unconditional Love. Alfred leaves a legacy of love and devotion that will forever live on in their hearts.

Alfred, nicknamed “Pooh,” enjoyed family, hosting family and friend gatherings, and barbecuing at his house where his doors were always open. He enjoyed cooking, eating, traveling, fishing, basketball, dancing, singing Charlie Wilson songs (Smile), reunions, birthday celebrations, attending church, RETIREMENT. In his own words: “Life Is Good” and “All we have to do is breathe.”

To send flowers to the family or plant a tree in memory of ALFRED LEE CLARK, please visit our floral store.