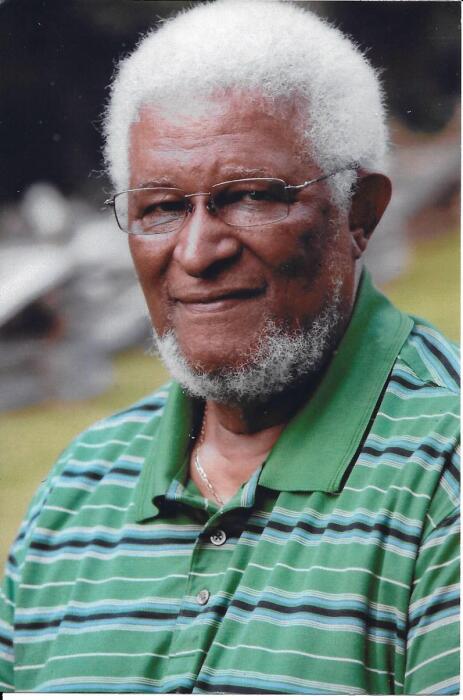 William (Bill) C. Tricksey was born to Rosa Lee Tucker and Nathaniel Tricksey, Sr. on April 6, 1938 in Selma, Alabama.  His mother died when he was a young boy, so he was reared by his grandparents, Lulu Goodman and Arthur Harris. He also lived with his uncle in Mobile, Alabama for a short time.   His parents, grandparents, and older brother Nathaniel, Jr. preceded him in death.

During his high school years in Selma, Tricksey (as he was called by many) spent a lot of time at Don Bosco Boys Club.  The club was run by St. Elizabeth Catholic Parish under the direction of the late Rev. Nelson B. Ziter. Tricksey was baptized and confirmed in that parish and remained a devout Catholic until his death.

Tricksey was an avid sports fan. He played varsity football at R. B. Hudson High School, played basketball and baseball with the boys’ club, and coached a junior baseball team. While in the Air Force, he played volleyball, softball, and football and coached a little league football team. During his leisure time he enjoyed golfing, playing racquetball and playing pinochle, but most of all he enjoyed visiting with friends and telling memorable stories.   Tricksey was always a passionate spectator of all sports except baseball and was a committed San Antonio Spurs fan.

After graduating from high school, Tricksey joined the United States Air Force in June of 1956.  He completed basic training at Lackland Air Force Base and technical training at F. E. Warren Air Force Base, Cheyenne, Wyoming.  During the four years of this tour, he was stationed in Guam and at Scott Air Force Base in Illinois.

He separated from the Air Force in 1960.  During the subsequent years, he lived in California, moved to Mobile and worked as an insurance agent and disc jockey for a local radio station.

Tricksey began dating Etta Hamler when she was in 10th grade and he was in 11th.  The relationship continued for seven years and they were married on December 26, 1962. This union lasted for twenty-seven years. Their  two children, Gregory Michael and Carol Denice, completed their family.

He returned to active duty in 1964 and served at Tyndall Air Force Base in Panama City, Fl, MacDill Air Force Base, Tampa, Fl, Vietnam, Elmendorf Air Force Base in Anchorage, Alaska, and Diyarbakir, Turkey.  He worked in sundry positions in the communication center and was awarded sundry awards, medals, commendations, and citations.  Tricksey retired as a Technical Sergeant on April 30, 1981 after twenty successful years in the Air Force. He continued to serve as a civil servant at Kelly Air Force Base for another twenty years.

Over the years, Tricksey gave generously of his time and talent. He was a dedicated hospitality minister and a member of Saint Anthony Mary Claret Catholic Church Men’s Club.  He tutored for over 15 years at Mary Michael Elementary School under the auspice of Oasis, was actively involved in Swings, Mids Days, and Retired Old Men Eating Out (ROMEO).  He also volunteered for the San Antonio Sports Foundation.